The game Solitaire, which Microsoft first released to help users learn how to drag and drop objects with the mouse, is no longer only a teaching tool. Since it was initially introduced in 1990, it has evolved into a gaming craze for people and that craze is still growing now. This game has been entertaining people and challenging their brains for around three decades, and about 35 million people play it every year. Therefore, it implies that people’s passion for Solitaire will last for a very long time. 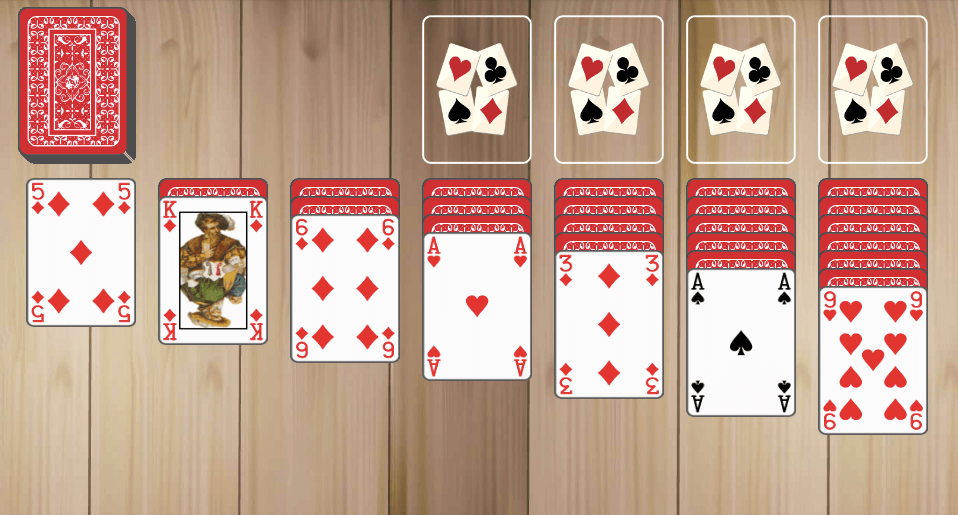 Like any game, solitaire game stimulate people’s competitive spirits. It ceases to be a leisure pastime if you start playing it on websites like Solitaire Bliss or download it as an app. No matter which Solitaire version you are playing from the numerous available choices, it becomes a battlefield that you want to conquer by all means necessary. However, there is discord among the players of this card game. Some claim it is purely a game of luck, while others think it is a game of skill. Have you ever questioned what the truth is?

The truth is that, while luck may play a small part in this regard, if you don’t make strategic movements, even luck won’t help. Therefore, we’ve included five tips or hacks below that can improve your fortune and raise your chances of winning:

Knowing the specifics of the game is obviously the first step in developing a winning strategy. Instead of playing the game right immediately, get familiar with how it operates. In all variants of Solitaire, every move counts. As a result, you should be fully aware of what to do and how your choices will affect the outcome of the game.

With the exception of joker, almost all Solitaire variations use one or two decks of cards. There are some face-up cards and others face-down cards. Additionally, you must move cards systematically in order to create specific kinds of foundations. Almost all Solitaire games have a similar plot. To improve your chances of winning, you should be aware of several additional characteristics that have been included in some recent variations. Reading the rules and guidelines carefully is the number one hack or tip for winning.

The most common error made by beginners is emptying the tableau position without a King to fill it. Once you shift the stack of cards to empty that position, keep in mind that only a King can occupy the top slot in a column. You are good to go if you have a King.  However, without a King, that entire area will be useless unless a hidden King emerges from the decks or cards that are face down. Therefore, always use extreme caution when moving your cards because each one plays a crucial part in the game. Do not make this error.

Different columns are used to distribute the cards. The first card of each stack is face up, and the other cards are all face down. Targeting columns with larger card piles and more hidden cards is preferable. You can win the game by revealing more concealed cards with the use of this trick. This hack  also aids in exposing better cards that assist in forming winning stacks of cards, which ultimately puts the player in a winning position.

Unless you have placed a wager with a friend or sibling that you would win the game without utilising the undo option, you can utilise the option at any time without hesitation. If that is not the case, you can use the undo button if you believe you made a mistake during the game.

If you have two sevens of the same colour and the freedom to position either one, you can use undo in an obvious way. Which of the seven should therefore be moved, then? You can now test out both sevens to discover whether one reveals more beneficial cards than the other. Obviously, if you choose the undo option, it will happen. This hack of using undo plays an important role in winning the solitaire game.

Sadly, the majority of players start the game by forming piles and stacks of cards. The objective is to quickly expose any hidden cards. Although exposing the top card of the deck could seem like a positive move, it is actually more crucial. Having more alternatives open is always preferable while playing solitaire. Therefore, instead of messing with piles of cards in the beginning, consider your possibilities to make smarter actions and build significant stacks to move toward the winning position. This hack has the potential to significantly alter the game and strengthen your position.

30 plus solitaire games are available at solitaire bliss , which includes the classic and modern versions.

You can play solitaire at Triple Dot Solitaire , because it is an amazing app having many fun features.

Solitaire Time can be used to play card games. It provides numerous features for the players.

It’s essential to have at least one version of the solitaire game on your digital device because it offers so many advantages beyond being a leisure-time activity. However, most players continue their lives after finishing this game a few times. It develops into an addiction that fuels the desire to succeed in this game. This is where using winning solitaire techniques can help you improve your game-playing abilities and push your luck in the direction of an advantage.

Hopefully, your search for the best hacks to win a solitaire has come to an end, after reading this article.